The paths of Elsewhere

Beyond the core story, the other big thing coming for Act II is the random paths of Elsewhere. It's still in development, but it's pretty key for a bunch of the chunks of the game. Ingredients collected will allow you to 'upgrade' the Crowley, bringing in more interesting encounters, and earning more money. There are also special events, including ones that push forward key relationships (one of which is alluded to in this video). During rest-stops you'll also be able to chat with the characters, and deepen your bonds with them.

In this treasure encounter there are 4 different encounters, depending on whether you've bought and read a certain book and whether you brought Emily or others into elsewhere with you.

Here's a small bonus: back when I did the 2nd Date with Emily (overlooking Edinburgh from Arthur's seat), I made a joke regarding her ex-fiancee being blown up by a Council Battlemage

"Hey, you already had one suitor get blown up. I could get you a t-shirt that said "My Real boyfriend is an Evoker Battlemage". Maybe that would keep away unwanted advances".

I've kept thinking about that t-shirt since, and finally got around to making it. The player can use the new DemonFox browser on his PC to order a custom-made t-shirt for Emily. 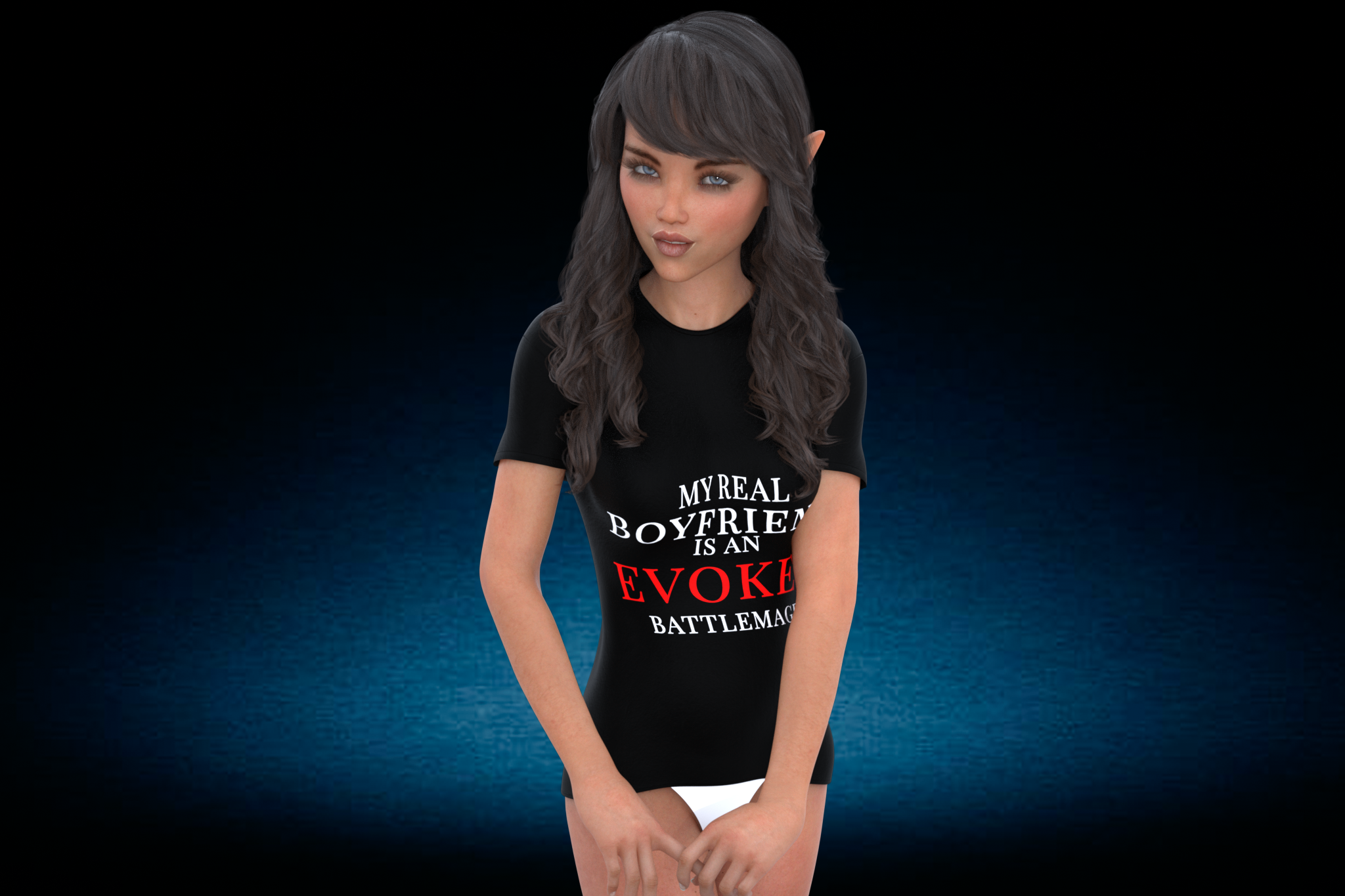 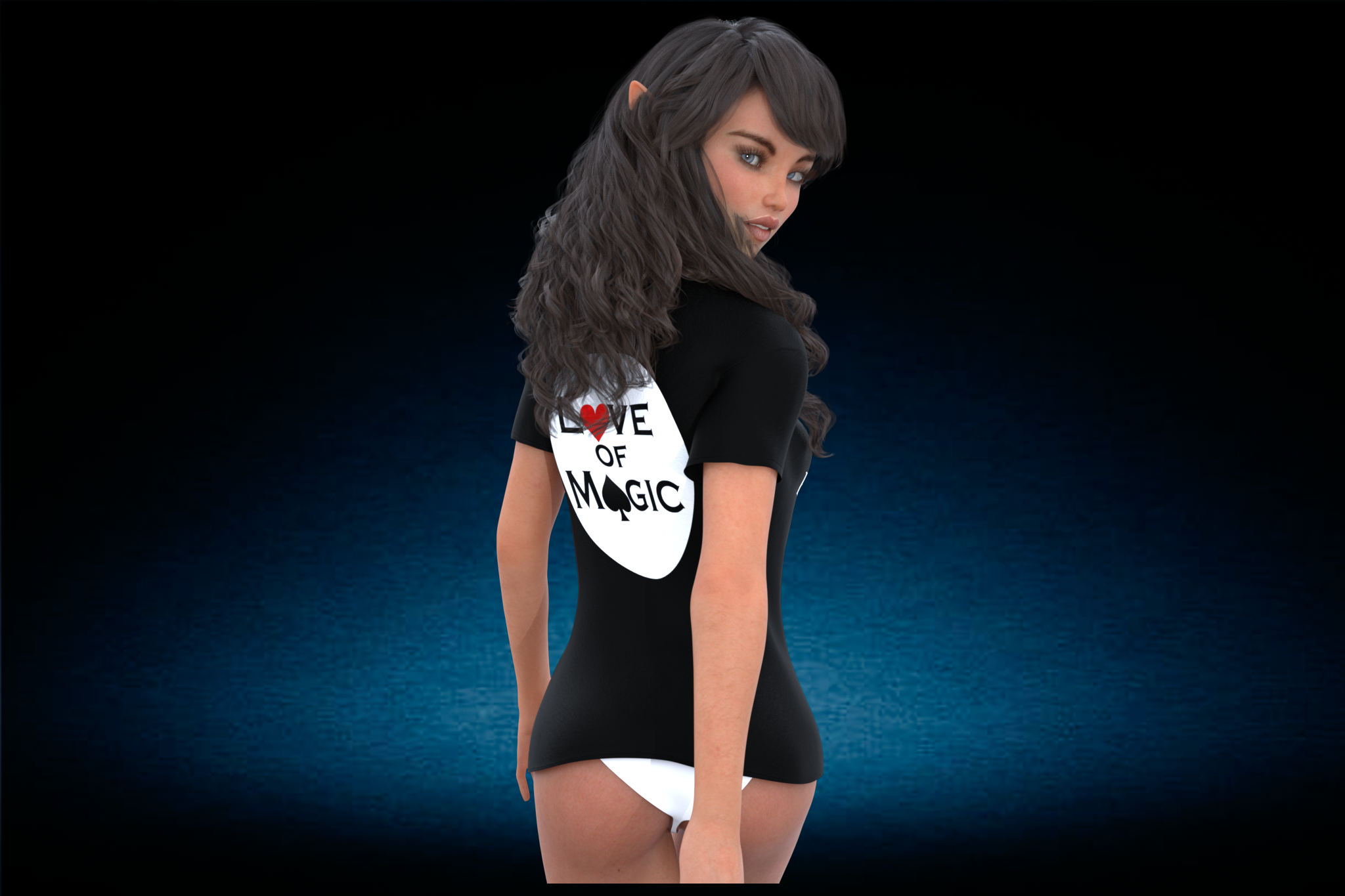 (the full event has another image, so don't try to cheat by non unlocking it! :)

Hope to get Act II out soon.

Get Love of Magic

An adult game about romance, magic and poker.