A downloadable game for Windows, macOS, and Android

0.9.15 Some continuity bugs + training
0.9.15 fixes training not growing properly based on books player read, and some small continuity bugs (if you do X before Y, you'd get the wrong conversation, that sort of thing).

0.9.13 Android
So the Android version was causing me some pain (Unity upgraded and broke my build in the process). After a lot of tinkering, it's done. Go check it out!

Thanks to feedback from users, we solved a bunch of small issues. There's also now a save-game set for PC that contain all the key scenes of the game, in case you want to jump forward.

0.9.9 Content complete!
It took a while, but I've been quietly working away on the game when I had time. It's finally done! I'm sure there's some small bugs left, but the game has a full ending, wrapping up all the plot-lines and hopefully providing some satisfaction for all of you out there. I'll do the Android and OSX builds once 0.9.9 has had more eyes on it, so this release is only for PC and HTML5 for now.

0.2.0 New update.
Making Movies 0.2.0 adds in 3 new dates, triggered by giving Mia a rose in the library. The dates introduces her to some of the other characters in the game, including some sweet, sexy and spicy encounters. Remember, only a monster would order an innocent girl like Mia the Trinidadian Reaper coffee on a sunday.

0.1.3 Adds a new movie encounter (the long awaited ending to Spicy Coffee, with Chloe). It also adds in payments from movies, so cash should no longer be a big issue. Apart from that, bug fixes, logic fixes and typos cleaned up

You can play the game either in-browser, on Android, OSX, Linux or on PC. Just grab the right file, and unzip it to your local drive. Note that the browser version does not support videos, but all the downloaded versions do. 0

Feel free to drop a message if you have feedback, ideas or bug reports; I love hearing from people who enjoy the game! 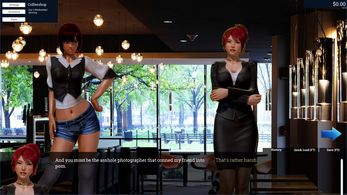 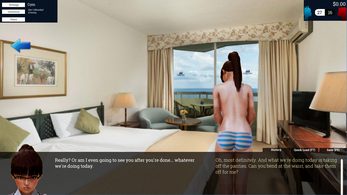 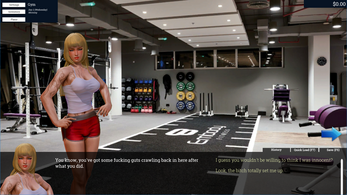